On the language art class, we read the book that we picked. I read the book “Twilight” by Stephenie Meyer. The whole book is about a girl Bella’s life. There are three things that she was absolutely positive: First, Edward is vampire, second, Edward is thirsty at her blood, third, she is in love with Edward.
The reason that I picked the book is few years ago, my friend told me to read this book in Chinese, but I didn’t have time for it. But now I do and I have a English version. And also another reason is that I’m really interesting at vampire. I’ve read the book of vampire in Chinese and the Japanese animation about vampire.
I haven’t read that much of the book yet, but for me the whole thing is pretty interesting. This is actually the first time I want to finish a English book, so I’m sure that I will finish the book completely.

Some of the first humanists were great collectors of antique manuscripts, including Petrarch, Coluccio Salutati, and Poggio Bracciolini. Of the three, Petrarch was dubbed the “Father of Humanism” because of his devotion to Greek and Roman scrolls. Many worked for the organized Church and were in holy orders (like Petrarch), while others were lawyers and chancellors of Italian cities (such as Petrarch’s disciple Salutati, the Chancellor of Florence) and thus had access to book copying workshops.
In Italy, the humanist educational program won rapid acceptance and, by the mid-fifteenth century, many of the upper classes had received humanist educations. Some of the highest officials of the Church were humanists with the resources to amass important libraries. Such was Cardinal Basilios Bessarion, a convert to the Latin Church from Greek Orthodoxy, who was considered for the papacy and was one of the most learned scholars of his time. There were several fifteenth-century and early sixteenth-century humanist Popes one of whom, Aeneas Silvius Piccolomini (Pius II), was a prolific author and wrote a treatise on “The Education of Boys”.] These subjects came to be known as the humanities, and the movement which they inspired is shown as humanism.
Italian Humanism spread northward to France, Germany, the Low Countries, and England with the adoption of large-scale printing after the end of the era of incunabula (or books printed prior to 1501), and it became associated with the Protestant Reformation. In France, pre-eminent Humanist Guillaume Budé (1467–1540) applied the philological methods of Italian Humanism to the study of antique coinage and to legal history, composing a detailed commentary on Justinian’s Code. Budé was a royal absolutist (and not a republican like the early Italian umanisti) who was active in civic life, serving as a diplomat for François I and helping to found the Collège des Lecteurs Royaux (later the Collège de France). Meanwhile, Marguerite de Navarre, the sister of François I, was a poet, novelist, and religious mystic who gathered around her and protected a circle of vernacular poets and writers, including Clément Marot, Pierre de Ronsard, and François Rabelais.
“ No Freeman shall be taken or imprisoned, or be disseised of his Freehold, or Liberties, or free Customs, or be outlawed, or exiled, or any other wise destroyed; nor will We not pass upon him, nor condemn him, but by lawful judgment of his Peers, or by the Law of the Land. We will sell to no man, we will not deny or defer to any man either Justice or Right. ”
— Clause XXIX of the Magna Carta
Now…
According to historian Samuel Moyn the next major landmark in human rights happened in the 1970s. Human right was included in point VII of Helsinki Accords, which was signed in 1975 by thirty-five states, including the USA, Canada, and all European states except Albania and Andorra.
During his inaugural speech in 1977, the 39th President of United States Jimmy Carter made human rights a pillar of United States foreign policy.[55] Human rights advocacy organization Amnesty International later won Nobel Peace Prize also in 1977.[56] Carter, who was instrumental in Camp David accord peace treaty would himself later won Nobel Peace Prize in 2002 “for his decades of untiring effort to find peaceful solutions to international conflicts, to advance democracy and human rights, and to promote economic and social development”.

In this unit we learned about the human rights. The point that the human right exist is to make every single person equal. We are all the same. To learn this units, we did lots of researching and some debates, and also we used the wikispace. We all make into groups or individuas to create a page about one human right. We explained what is the human right, how important it is.
I choose to do the right of privacy because it seems like arguable human right. Because privacy is something that we want to keep as a secret, or something that we don’t want others to know. But as the technology developing, we started to save our personal information on the electronic devices or the “cloud” instead of using the safe way to save them, such as: writing them down on a booklet. The reason that saving information on the electronic devices or the “cloud” is not safe is because that the hackers can hack into your devices and clouds and see them. If you are in America, the NSA can always know the call you just made, the email or messages you just sent, the place you just went, how much did you spend on your credit card, your current location.

Personally I think I didn’t do that well on the wikispaces. Because I didn’t spend enough time to be working on it.
I think Max’s group page and Sophie’s group page is really good because they all have done enough researching and decorated really well and clearly explained all about that human right.
I think the next time I do it, I will spend more time to work on it, and , a little bit more researching or decorating the page.

We started to learn about culture. Culture is a huge concept, because it can be everything: language, custom, music, art…
First, we picked a novel from the several choice, I picked the book The Serpent’s Children. The book is written by Laurence Yep, He is an America born Chinese. He grew up in San Francisco. He said :”I’m too American to fit in China town but I’m too Chinese for everything..”
We’ve done the culture map. Culture map shows the culture of our home country. I choose to do about food because I love delicious food. I went on internet to search of my favorite Taiwanese food pictures.
After that we did the assessment task to show how far we’ve learned about Culture. I was going to choose to do a story about an outsider getting used to a new environment and learning new culture. But I started it too late and my English writing skill is not perfect enough for writing an English story so I choose to do the power point because it’s easier and the fastest for me to show my understanding in the best way. But I think my power point was too simple and there weren’t enough information. But the information I’ve done was clear. I’ve show my understanding of culture and how does culture related the book The Serpent’s Children and some of the Taiwanese culture. From my point of view I didn’t find out so much difference between Chinese culture and the Taiwanese culture. But the really cool and different Taiwanese culture is from the aborigines’ culture. They are still living in an ancient way but many Taiwanese like it because it still has the original thing and culture inside.

Woke up, got my suit case, get on the bus, the trip started.
Grade 9 and Grade 10 went on this field trip in Heishui and Wenchuan.
We got on the bus and after the LONG bus drive, we arrived Wenchuan Earthquake Museum.
Everything in the museum was from people who dead in the earthquake. We saw the cars that were crush, and the letters about the earthquake from the people who were volunteering in the earthquake. Everything was really sad in side the museum.
After the museum, we went to Wenchuan Xuankou Middle School. 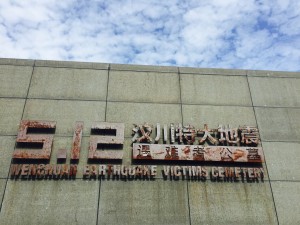 The school was crush in the earthquake. Every building in the school is destroyed. I couldn’t image what would I do if I was also there. 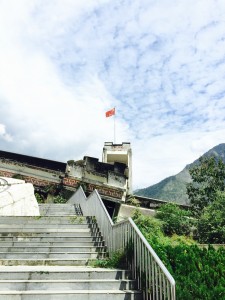 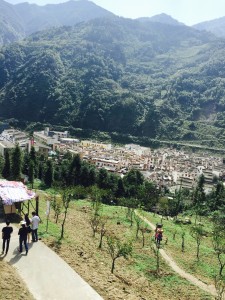 Second day, we got a LONG bus drive again. And then finally we arrived Heishui. We got on the van to the monastery on the mountain which is 3200m high so I was really out of oxygen so I couldn’t play the Frisbee. We got yak for dinner. It was really chewy, after I chewed it. My cheeks got really score, but it was really nice.
The next day we went to the Da Gu glacier, and we went to the top of the mountain by gondola. But it was higher than the monastery so I was almost dead。 I thought it was gonna be really cold but actually it wasn’t, because it was sunny up there, so I felt my legs were burning. When we were on the gondola, the waterfall we saw was great and clean.
The way people live in that place is different with Chengdu. But we all have the same culture.

How to be an independent learner?

Learning is a student’s job. We are students so we should be learning, and we also have to learn how to be an independent learner.

To be an independent learner, you don’t ask for help from other people before you read through the question and think about it. But you have to ask when you think you really need help. Because you still can’t understand it after you actually read through the question and think about that, it means that you can’t solve the problem by yourself, so you need help from others.

Learning independently is a way to help you to get a better ability of thinking and learning.

Most of his books are about culture, between American culture and Chinese culture

In The Serpent’s Children something happens between two Chinese siblings. I think to be a serpent’s child is actually an insult, but the girl in the book, Cassia, doesn’t think like that, she feels proud of being a serpent’s child because she thinks that the serpent set something for her mind. She is in a family that has famine, drought, and violence, it is almost the same as the war of surviving. Their father is a revolutionary, he is trying to save China from those invaders, so he knows that he is going to find a mountain of gold. And Cassia is trying to use her ability to prove that being called serpent’s children is not an insult. She feels proud of it. She is the serpent’s child.

The Golden Mountain series, of which The Serpent’s Children is one, is about a family which lives with American culture and Chinese culture over a period of 100 years. This is the point: it shows how Chinese culture is important to the author. The series is representing his point of view of the Chinese culture.

Welcome to your brand new blog at Edublogs!

To get started, simply visit your blog’s dashboard, edit or delete this post and check out all the other options available to you.

We can walk you through step-by-step in our guide to getting started with your blog.

Welcome to your brand new blog!

This is a sidebar and can be changed in Widgets in your dashboard.

You can also modify number of sidebars in theme options!